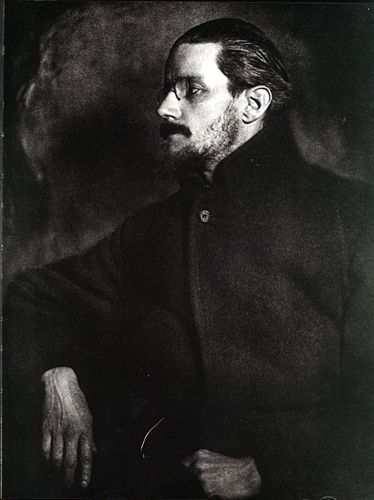 In honor of St. Patrick’s Day, I’ve been thinking about Ireland’s greatest author, James Joyce. Those who have read Joyce’s Ulysses fall into two camps; they either hate him or love him. I fall in the latter group. Ulysses was voted by the Modern Library as number one on the list of 100 important books of the 20th century, and if you’ve read this stream-of-consciousness book, you understand how radically different this was from all other literature in 1920, and for several decades to follow.

If you have never picked up Ulysses, there are a few things you might want to know. Joyce based his story on the ancient Homeric poem, The Odyssey. Joyce’s protagonist is a man named Leopold Bloom; we follow him through a single day in his travels through the streets of Dublin. As in Homer’s poem, he meets with the same obstacles, temptations and moral dilemmas as Odysseus. Well, not the very same, but symbolically similar.

I first read Ulysses when I was in my twenties. I found myself often losing the thread of the plot easily and getting swept up in the textures, colors, smells and sounds. This is perhaps what troubles so many readers; Ulysses resembles life more than literature, or what we conventionally think of as literature. In real life, sights, sounds, smells, colors and textures all come at us randomly. I would like to tell you that in Ulysses the sensory experiences have no meaning and do not contribute to the story – but that would be untrue. Joyce has packed his book with hundreds of little complex enigmas. Did I perceive and understand every reference … no. But that didn’t take away from my enjoyment of the colorful day of one man’s life.

For example, as Dedalus is walking along the shore talking to himself, he reflects upon the ‘ineluctable modality of the visible.’ Roughly translated, the visible world informs his understanding of life; he is Odysseus facing the irresistible call of the Sirens.

For me, the most poignant part of the book is the very end where Bloom’s wife recalls an intimate moment with him.
O that awful deepdown torrent O and the sea the sea crimson sometimes like fire and the glorious sunsets and the figtrees in the Alameda gardens yes and all the queer little streets and pink and blue and yellow houses and the rosegardens and the jessamine and geraniums and cactuses and Gibraltar as a girl where I was a Flower of the mountain yes when I put the rose in my hair like the Andalusian girls used or shall I wear a red yes and how he kissed me under the Moorish wall and I thought well as well him as another and then I asked him with my eyes to ask again yes and then he asked me would I yes to say yes my mountain flower and first I put my arms around him yes and drew him down to me so he could feel my breasts all perfume yes and his heart was going like mad and yes I said yes I will Yes.
Posted by Rita Finn at 9:01 PM 2 comments:

The Art of Nature 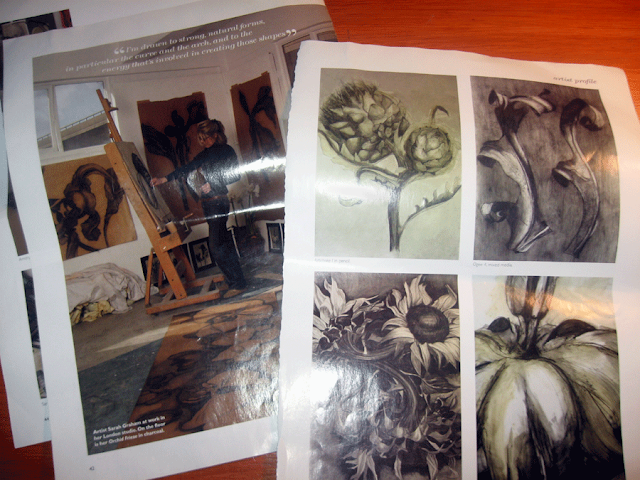 Georgia O’Keefe was one of my first artistic crushes. Her larger-than-life flowers were unapologetically sensual; her colors and shapes defied convention.

So when my friend Leann showed me this article from the British editiion of Country Living on the work of this London artist, Sarah Graham, I was newly smitten. Her work doesn’t technically resemble O’Keefe’s, except perhaps in subject matter. She uses charcoal or pencil on brown butcher’s paper, or white paper.

Like her mother, my mother is a voracious gardener. This madness for flowers is the sort of thing that sinks into your psyche whether you see it coming or not. It was only in my thirties that I was able to embrace this enthusiasm I inherited from my mother; either in the garden or in my work.

With my renewed interest in representing nature in its raw, noble uniqueness in my home, this approach holds endless possibilities for me. So, with all due respect, I’m going to borrow Sarah’s approach. I already have something in mind … to go above the mantle and compliment the new chair.
Posted by Rita Finn at 7:29 PM 4 comments: