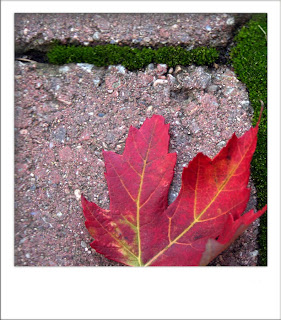 I've been scanning the thrift shops lately in hopes of finding a Polaroid camera. You may know that they've been in and out of business, and I've hoped to scoop up all the Polaroid film I could get my hands on before they're gone for good. You may have noticed in Blogland that Polaroid has a fierce and devoted following. The effects achieved with their instant film is magical; the colors are saturated and the absence of perfect focus gives the picture a dreamy quality.

But today, Polaroid announced that they are here to stay - for the time being at least.
*Thank you Sharon for the news!
Posted by Rita Finn at 9:50 PM No comments: 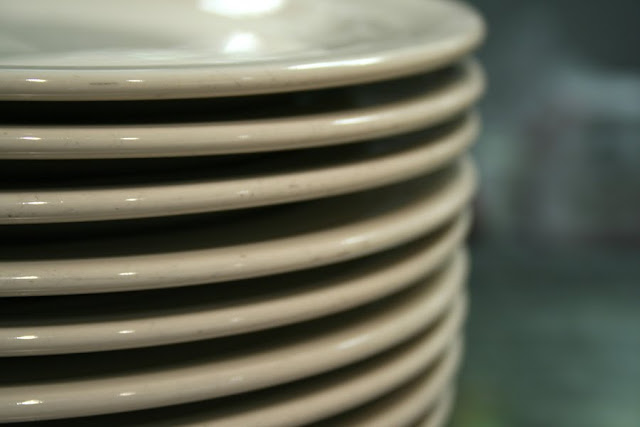 Next week, I’m going to get my teeth cleaned. I go to the same office where my husband has been getting his teeth cleaned since he was three. Once in a while, if I’m lucky, my dentist has brought in his black lab for the day and I get a big hello from him.

When my husband was little, after getting his teeth cleaned, his mother would take him to a place on the corner called Chef-O-Nette. Built in the 1950’s, it has always been standard diner fare, but one didn’t go there for extraordinary cuisine. You wanted to have Wilma as your waitress. If you were little, Wilma would come to your table with a handful of crayons. She would flip your paper place mat over and slap the crayons down, asking you to draw a picture for her. When you were done, she would look it over, nod, and take it behind the counter to tape it up on the wall.

Wilma had her hair done just as it was in the 1940’s, when she was young. She lost her son in the Vietnam War, and she lost her husband to cancer. But you never heard about any of these things. She just brought hot coffee and asked children to draw for her.

After my appointment next week, I think I’ll stop in at Chef-O-Nette and have a cup of coffee. And maybe ask the waitress if anyone remembers Wilma.