A Home in Harmony

There's nothing like a visit to American Furnishings to make you rethink your entire decor. Walking in, you immediately sense the nobility of raw, natural materials. Their mainstay is Stickley furniture; that nice, chunky furniture made famous by Gustav Stickley over a century ago. Stickley created a uniquely American style of furniture with exquisite craftsmanship and the promise that the owner of one of his pieces could enjoy it and pass it on to his children and grandchildren. His detractors, old-school philistines, described his work as, “severely plain and rectilinear.” But he launched a movement in architecture and furniture design that came to be known as the Arts and Crafts Movement, which influenced architectural greats of the time such as Frank Lloyd Wright.

The first tenet of the Arts & Crafts Movement was ‘A house ought to be constructed in harmony with its landscape, with special attention paid to selecting local materials.’ While such ideas are noble enough, today’s housing market and building codes prove to make it more of a challenge than ever. But my husband and I live in a house that was built in 1924, and in our effort to respect its history, we try to honor the spirit in which it was built.

We’re considering one of these Stickley chairs. 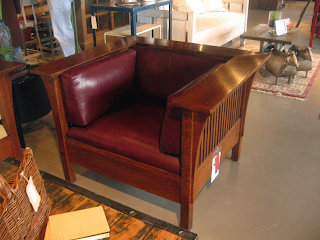 And I’d also like to redo the guest bedroom in this industrial prairie style. 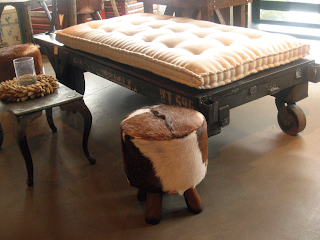 Thoughts?
Posted by Rita Finn at 3:56 PM No comments: 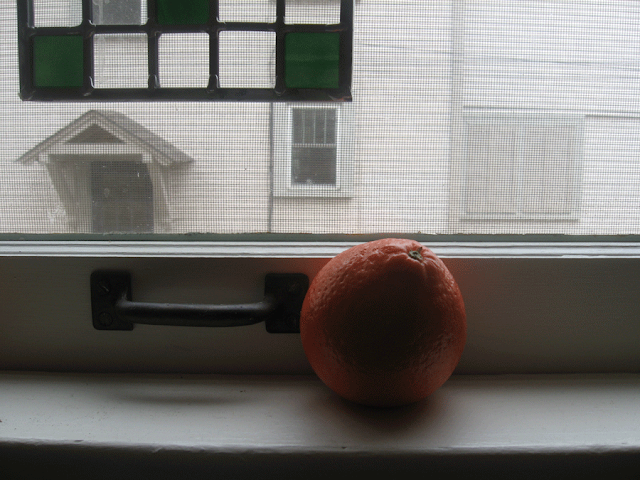 One of my favorite poets, Wallace Stevens, experienced profound regret towards the end of his life for his lack of spiritual commitment. I give you a fragment of his poem, Sunday Morning, as an illustration of his poignant reflections.

Complacencies of the peignoir, and late
Coffee and oranges in a sunny chair,
And the green freedom of a cockatoo
Upon a rug mingle to dissipate
The holy hush of ancient sacrifice.
She dreams a little, and she feels the dark
Encroachment of that old catastrophe,
As a calm darkens among water-lights.
The pungent oranges and bright, green wings
Seem things in some procession of the dead,
Winding across wide water, without sound.
The day is like wide water, without sound,
Stilled for the passing of her dreaming feet
Over the seas, to silent Palestine,
Dominion of the blood and sepulchre.