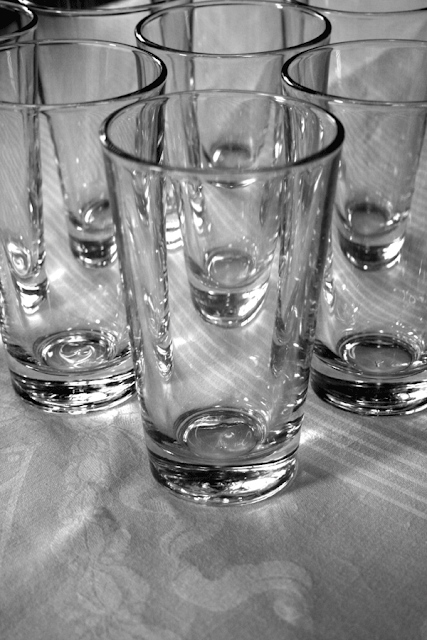 Yesterday, GettyImages released a new white paper called ‘The Simple.’ For those of you unfamiliar with GettyImages, they are THE source for stock photography, and keep a keen eye on cultural trends, particularly those that inform advertising and media. As they note at the beginning of the white paper, “The downturn has caused people to re-evaluate their lives, their expectations of what a successful life consists of,” citing nature and family as key imagery for the new simple trend.

To those of us who have been around a few decades, ‘simple’ is hardly a new concept. Real Simple magazine started in the 1980’s and has survived the black death of magazines this past year. Chic Simple was a series of lifestyle books that Kim Johnson Gross and Jeff Stone published in the mid nineties, and were very influential in what constituted a stylish and functional wardrobe as much as a timeless and spiritually infused home. Both of these helped to cleanse our palettes after the heady and decadent 1980’s, a particularly lucrative decade when a lot of people made a lot of money, had expensive habits and toys, and liked to show them off.

Recently, NPR did a story on Frugal Chic, claiming that it was very uncool to show up at the office without a bagged lunch, and if you have a lunch meeting at a pricey restaurant, it’s wiser not to flaunt it, making thriftiness into a virtue, not just a mere habit.

The blogosphere is full of money saving tips, recipes for leftovers, and many bloggers are on a spending hiatus, with an eye to bringing more time and meaning into their lives.

Cultural trends and hemlines have always been closely linked to the economy. With so much uncertainty in the job market, perhaps we don’t feel like making risky or extravagant purchases, either in our wardrobes or our choices of houses or cars.

For my mother, born during the Great Depression, simple is not, nor has it ever been, a trend. She never had much use for trends, but always made choices and prioritized according to her own inner voice. My mother never got back to nature or traditions because she never left them.

Perhaps this economic downturn has one positive side-effect; that of forcing us to rethink and recalibrate our priorities. Perhaps even beyond, or in spite of, this season’s trends.
Posted by Rita Finn at 7:18 PM No comments:

When I was a kid, my four sisters and I used to turn the lights out in the living room and put records on to dance. I’d like to say we danced to Thelonious Monk or Miles Davis, but we lived in a small town, it was a short-tail economy, and such things were not available to us. I remember these times clearly because we were so happy, and whatever conflicts or problems we had evaporated when the music started.

Last night I watched ‘Dancing at Lughnasa.’ Capturing the strained lives of five sisters in a small Irish town in 1936, the film itself wasn’t remarkable; the plot didn’t take advantage of so many opportunities of time and circumstance, we never entirely connected with the narrator, and the film relied too heavily on visuals to tell the story. What I did connect with was the relationships between the five sisters. How they negotiated their conflicts and how fiercely they defended each other resonated with me. But what touched me most was when, at the height of their troubles, they abandoned themselves to music. And they danced and danced and danced.

And of course, Meryl Streep gives a brilliant performance.
Posted by Rita Finn at 10:24 PM 2 comments: 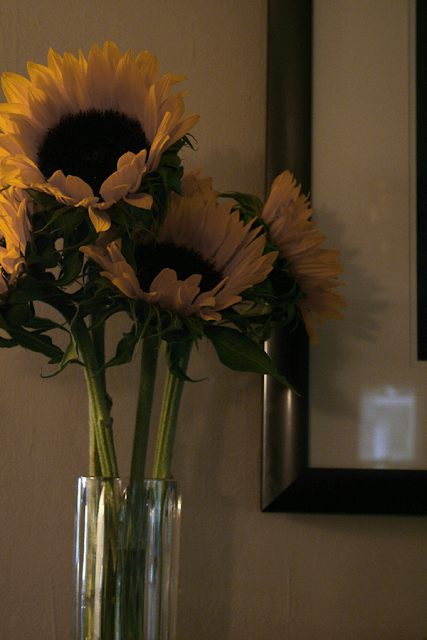 My husband and I held a wedding shower for two of my work colleagues yesterday. While we were hoping for beautiful weather so we could eat in the back yard, Mother Nature did not comply with our wishes. But this didn’t dampen anyone’s spirits. My sweet husband has grilled in far worse weather than a simple rain shower, our home was filled with warm and friendly people, and there was enough food and wine for a small army.

The Menu
Artisanal bread with an assortment of cheeses (my favorite among them, boursin poivre)
Fresh fruit
Bacon baked with brown sugar
Asparagus with asiago cheese wrapped in prosciutto and drizzled with balsamic vinegar
Mushroom ravioli with sundried tomatoes
Grilled chicken breasts with pesto

While I intended to make a spinach quiche, I ran out of time, but no one seemed to feel the lack.

Are you entertaining this summer? What’s on the menu?
Posted by Rita Finn at 12:12 PM 1 comment: