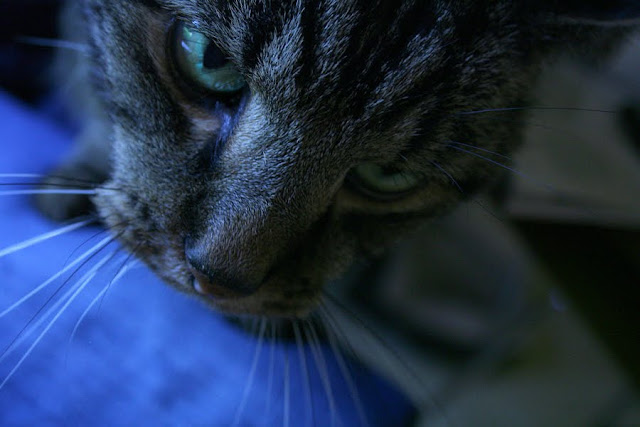 I’ve written this post many times in my head, but never knew when I would post it. After nineteen wonderful years, Kermit passed away today.

He was born to a feral cat in my back yard before I was married. I took him and his siblings in; he competed for attention for many years, though he outlasted them all.

He enjoyed a successful career as a Master Mouser, but retired when he learned he had kidney failure about six years ago. Not content to relax and enjoy his retirement, he took part-time employment doing security detail against intruders, with equal success, in our back yard on summer nights.

To look at his rather thick chart at the vet’s office, one could see he had the best vet team (Knapp Veterinary Hospital) in the world. He had better healthcare than my husband and I enjoy, we would joke. We applaud all of the doctors he saw there for contributing to his long and happy life.

We often had to board him during the holidays when we had to travel. He was something of a celebrity at the veterinary hospital, wooing male and female doctors and receptionists alike. The first time we dropped him off, Kermit was greeted warmly by all the vet techs. But we learned how talkative he could be when we picked him up days later. The young woman at the front desk would call into the loud speaker, “Kermit Finn for pick-up please.” with an urgency that suggested they’d heard enough of his stories. Once in the car, he would croak rather than meow, indicating that he’d exhausted his vocal chords.

But Kermit lowered the blood-pressure of everyone he met by simply walking into the room. He was my blogging buddy, sitting on my lap through every post. He used to wake me up every morning by gently pulling at my eyelids, which I will miss.

He was simply the sweetest cat ever, and we loved him.
Posted by Rita Finn at 5:58 PM 6 comments:

I love to take pictures. 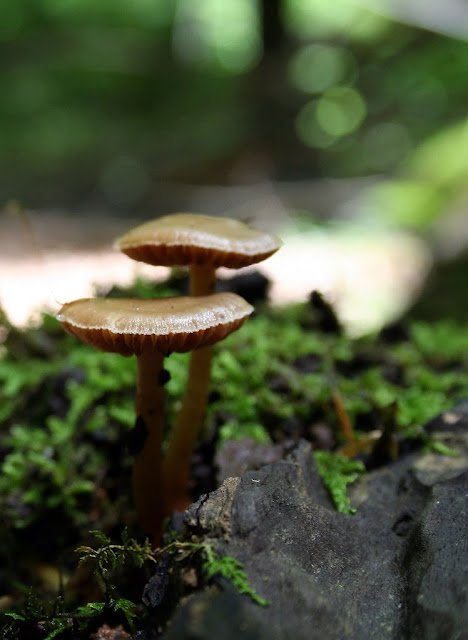 After finishing a class as challenging and involved as the one I just finished, I feel at a loss. No more assignments, no more critiques. I wonder, "where did all my photography friends go?" So, I decided to look back at some of my work and look for patterns in content. Here's what I love to take pictures of:
Things that grow out of stone walls
Water
Mushrooms, moss and lichens
Food
Flowers
Decay
Posted by Rita Finn at 11:02 AM 4 comments:

I've decided to dedicate Friday's post to music every week, and failed this last Friday. I was so excited about a nice long weekend, I forgot. So please accept this belated gift. The video is as pleasant to look at as it is to listen to. My friend Leann (who has an impeccable ear and eye for all things amazing), gave me this CD, and if I had to choose one type of music I'd like to wake up to every day, it would be this. (Instead, I wake up to a rather annoying cell phone alarm which is a routine that must be ameliorated.) Happy Sunday eve!