The Natives are Getting Restless 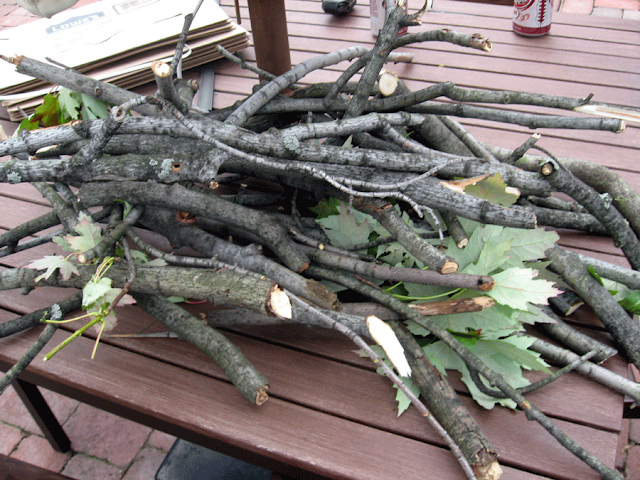 Our lawns and roadsides are still littered with tree corpses. Many streets lights remain dead and policemen have been directing traffic at the busiest intersections. At work, meetings start with the same question; who has power? It’s a funny question to start a business meeting, especially as it would have had entirely different meanings a week ago. One thing can be said about this storm and its consequences; it did not discriminate. In its destructive forces, it knew neither race, political leanings, social standing nor economic status. According to the outage map at AEP’s website, there are still well over 300,000 Ohioans without power, and they are scattered over the finest as well as the most humble neighborhoods. AEP is bringing in linemen from all over to solve the crisis, but people are getting tired of playing whist or canasta by candlelight.

So, with the recognition that many people are still struggling without power, I’ve created a list of things that I didn’t have and wished that I did in the last week. File this under “Hindsight is 20/20.”
1. Nonperishable foods such as nuts and nutrition bars.
2. Solar Dynamo Radio Light from L.L. Bean. Actually, any of the solar/crank tools from LL Bean.
3. One of the big metal coolers I grew up with, in cherry red with a white top.
4. More candles.
5. A print-out of all my contacts for when my cell phone goes dead.
6. A generator. They’re all sold out now, but I plan on buying one when this thing blows over. Pardon the pun.
7. Lavender oil to rub on my temples.
8. A refrigerator designed by NASA.
Posted by Rita Finn at 6:58 PM No comments:

My husband called me at work this afternoon to tell me we had power.

“Oh,” I said, as though he had informed me that we would be having tripe and pig’s feet for dinner. What would we do tonight, then? And tomorrow night? The drama had given our lives a certain purpose, and now we had to return to the ordinary functions of life.

So, when I got home, I watered the flowers and started a load of laundry. We scraped the wax drippings off the kitchen table and put away the accoutrements of a black-out. The lawn was mowed and looked as fine as ever, save for a small scar where the tree plowed into its grassy surface. I can still hear chain saws from the guys down the street that are dismantling a tree that had fallen on a neighboring garage, and I can still hear the echo of my neighbor screaming over the howling winds, “Have you seen our porch cushions?”

But tonight I’m reading. And when it gets darker, I may just light some candles and keep reading.
Posted by Rita Finn at 6:07 PM No comments: 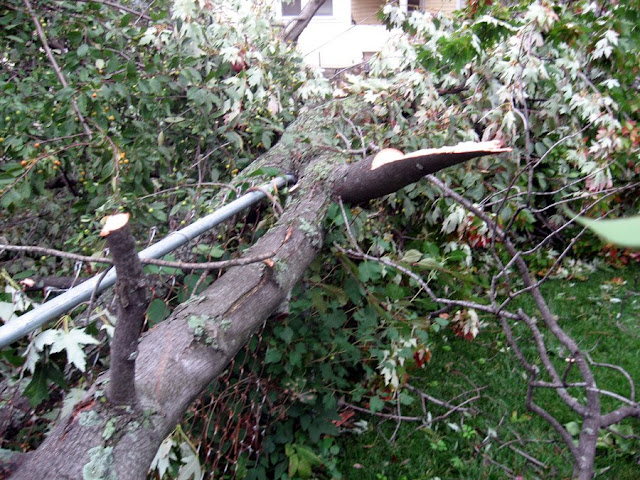 On Sunday night, we in Columbus entertained an unruly guest. The sounds themselves tell a story. Six hours of howling winds subsided around 10pm to be replaced by sirens rushing through the streets, and then the planes that had been delayed began taking off again, one after another. The usual hum of LED lights was gone and it became eerily quiet. On Monday morning, you could still hear a few sirens, but a chorus of chain saws and generators up and down the street joined them.

While he caused nowhere near the destruction he caused in Texas, we did have several trees in our neighborhood commit suicide. Ike left a path of destruction, robbing entire cities of power, toppling trees onto cars, leaving us to negotiate dead street lights, and scramble for ice and working gas pumps.

While the frustrations and anxieties with such a fury are obvious, there were several things that caused me to pause and give thanks.

1. No one I know was hurt.
2. I don’t need electricity to heat water for coffee in my French press.
3. I don’t need electricity to make a peanut butter and jelly sandwich.
4. I collect candles.
5. A hot shower is just as lovely in the dark.
6. I have amazing neighbors who helped us chop, split and clean up the fallen trees around our house.
7. Victorian evenings without the television, radio or computer can be magnificent.
8. I don’t have $100 Omaha steaks in my freezer.
9. It’s the perfect temperature outside where you don’t need heat or air conditioning.
Posted by Rita Finn at 12:14 PM No comments: